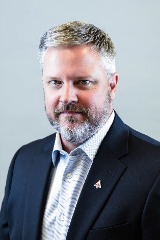 Prior to his dual roles at Ag New Mexico, Mr. Defoor was the head of MetLife Agricultural Finance’s Appraisal Department, where his responsibilities were reviewing appraisal reports on complex income producing agricultural properties primarily located in the United States, Brazil, Canada, Peru and Chile. He was in this role from August 2011 to March 2019.  While serving in that role with MetLife, he was also assigned to the Ag Strategies Group where he sat on Loan Committee and was the Liaison responsible for the Central Regional Office, which covered an area from Montana to Colorado to Virginia and up to Maine with all areas in between.

Prior to his employment with MetLife, Mr. Defoor was employed with Farm Credit of New Mexico from December 1997 to July 2011, holding various positions from Loan Officer to AVP-Senior Appraisal Officer.  Mr. Defoor graduated from Eastern New Mexico University with a degree in Business Administration with majors in Finance and Business Administration.  In addition, Mr. Defoor also holds the Appraisal Institute’s designations of MAI (real estate appraisal) & AI-GRS (appraisal review).